<-- return to portfolio list
The Renault Megane RX Supercar, a 3D visualisation and concept bodywork project that I am proud to have recently completed. This has been in progress for almost a year working alongside sports star Guerlain Chicherit and Roots Management International. The car will compete in the 2018 FIA World Rallycross Championship with Guerlain driving with the officlal car launch to take place in September this year at the French round.

The bodywork was designed to fit within the current FIA regulations with the aim of giving the Megane a more aggressive appearance with the addition of extended arches, rear diffuser, a large rear wing with multiple elements and the side inlets in the rear doors to feed the boot mounted radiators.

The car was modelled at 1:1 scale and rendered using our '3D Virtual Studio' technology. A selection of these renders and build images can be seen below in our gallery: 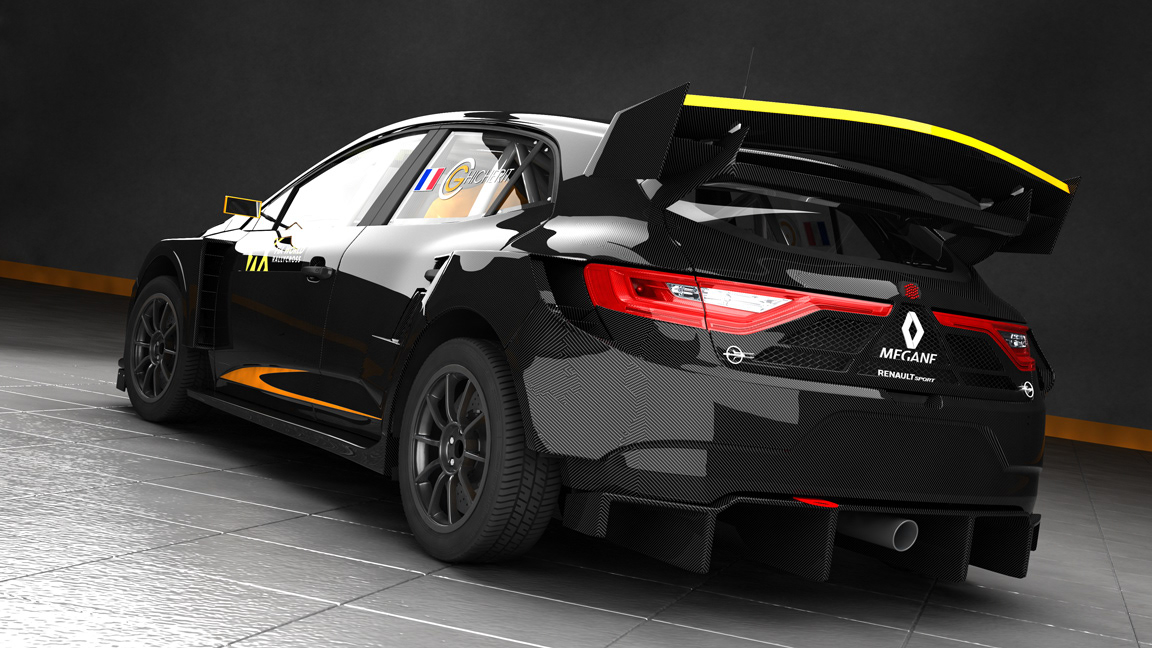 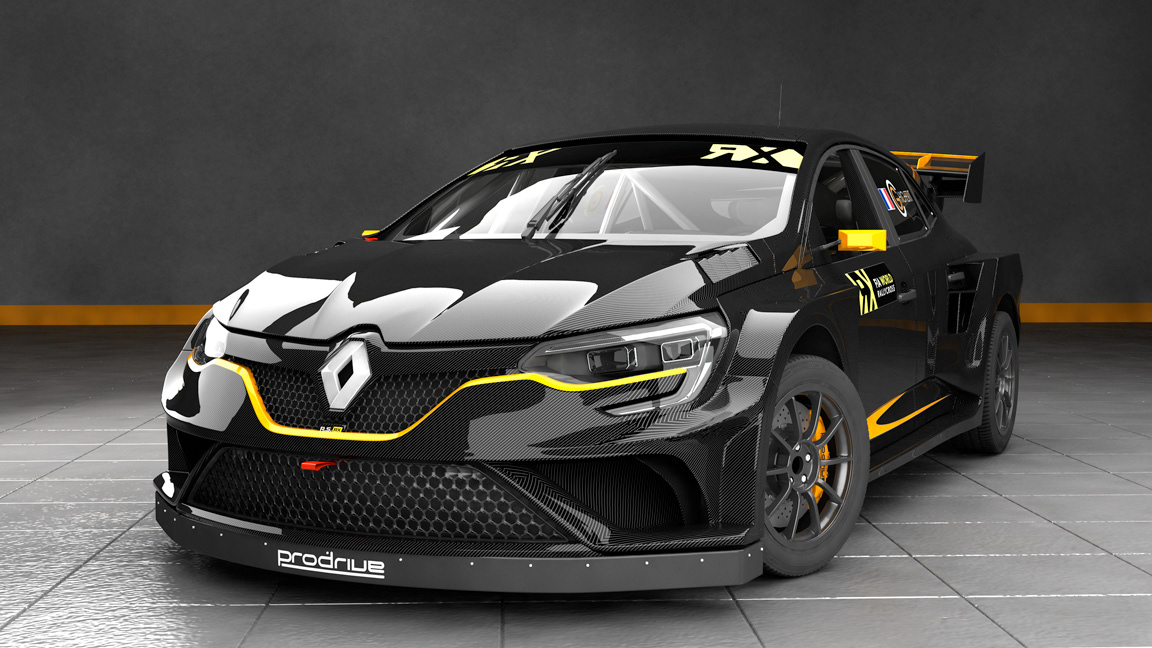 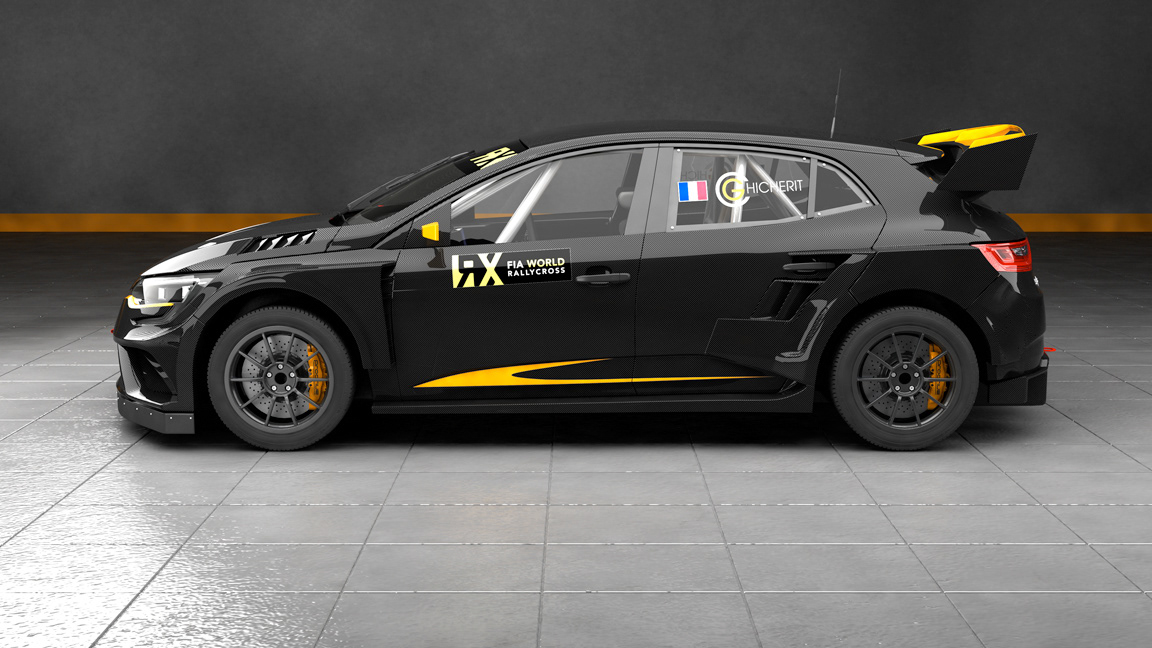 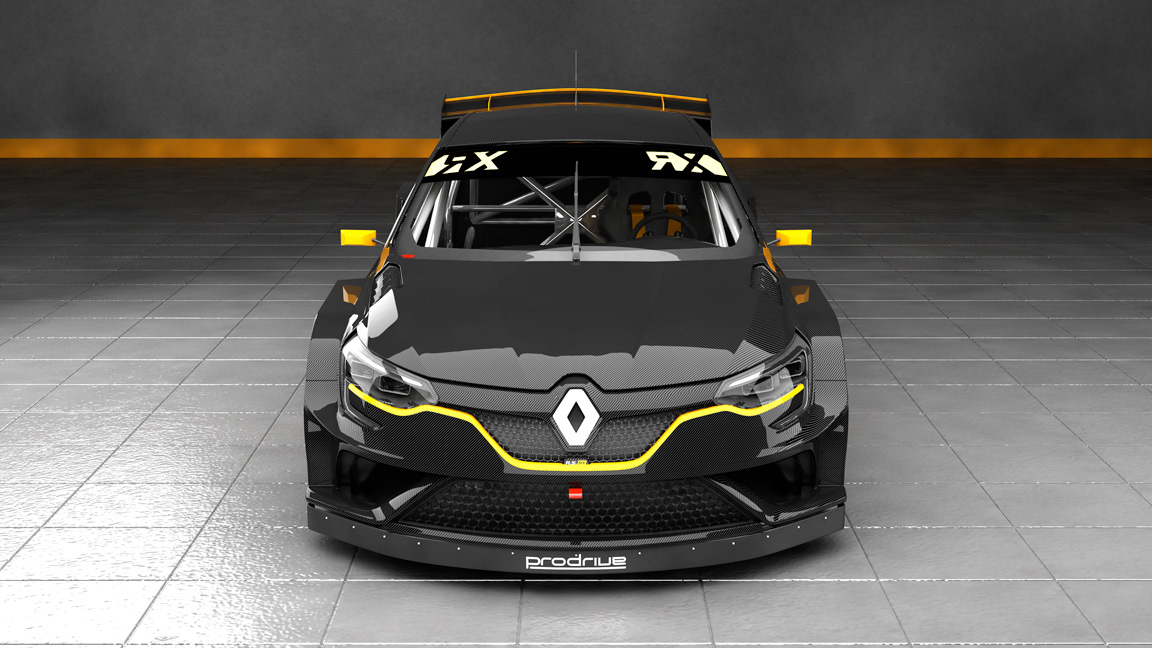 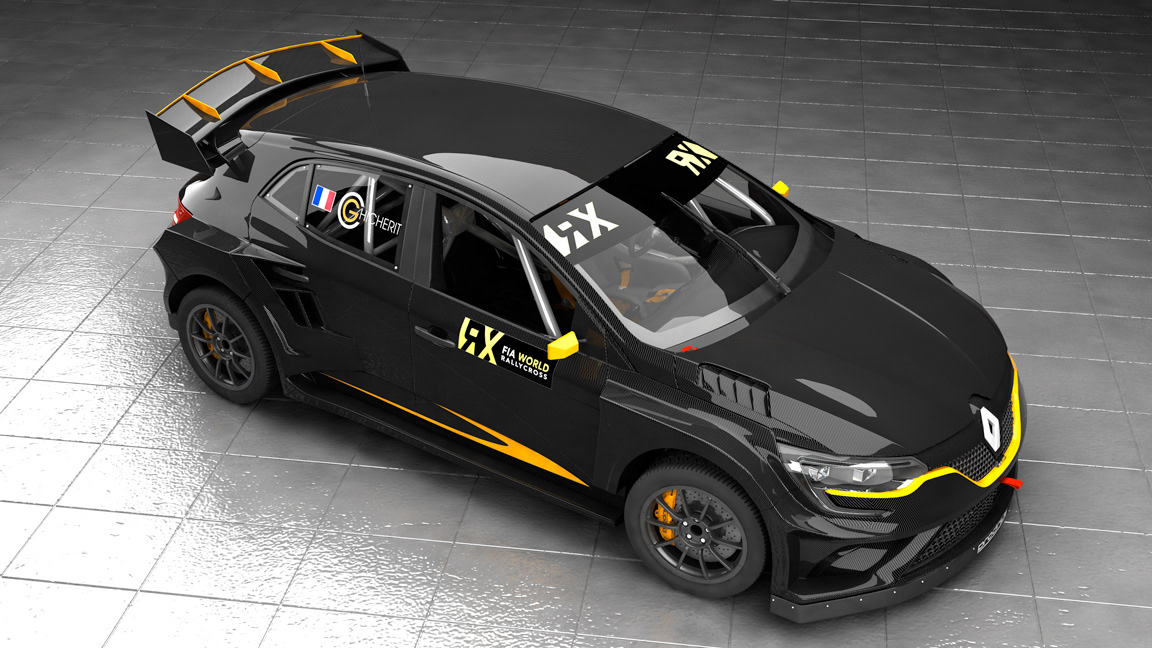 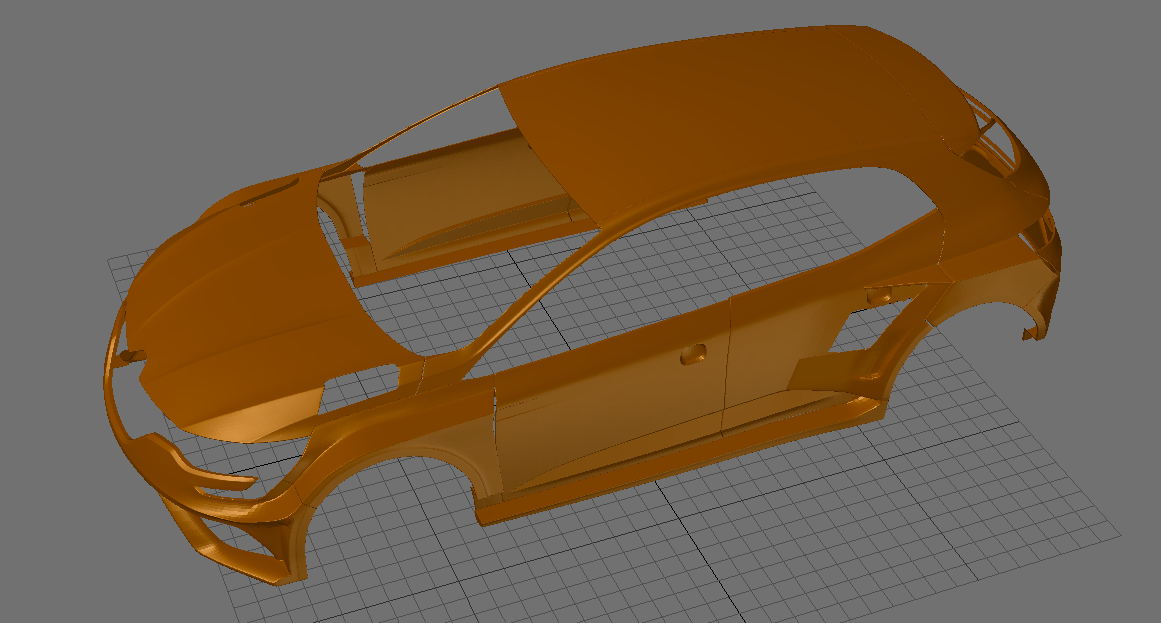 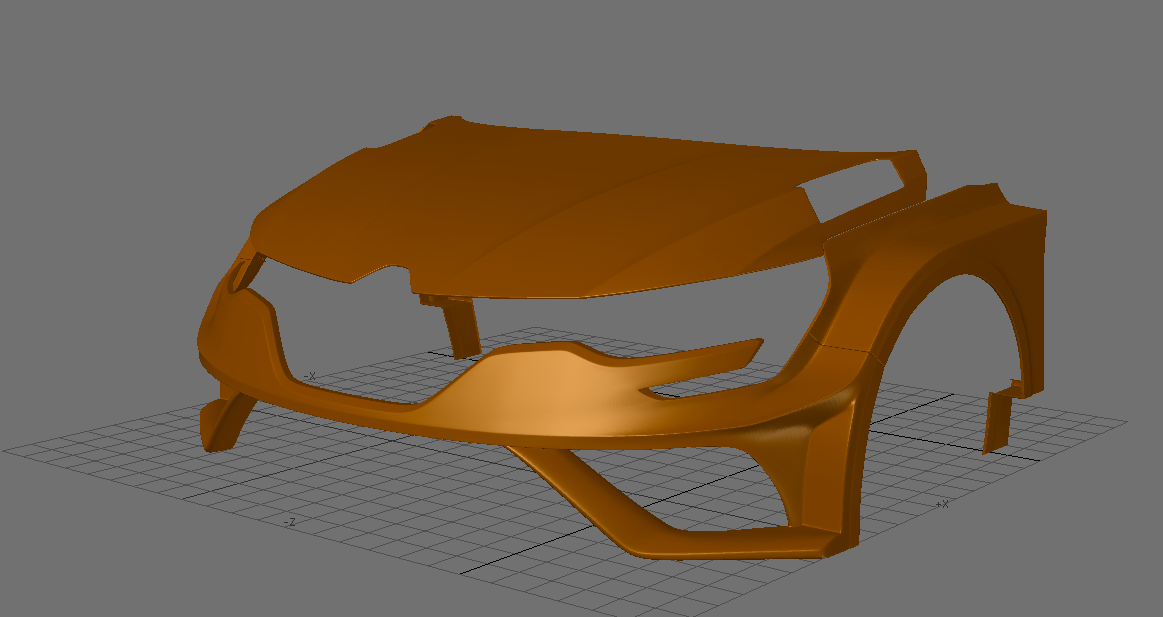 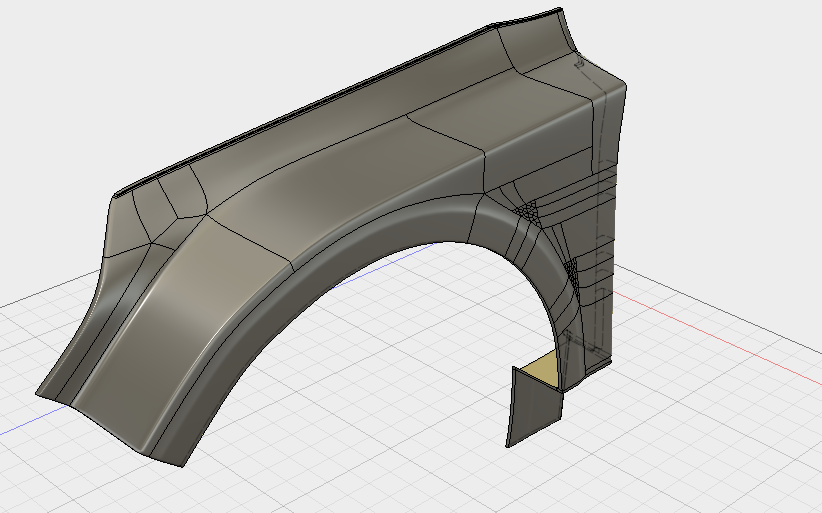 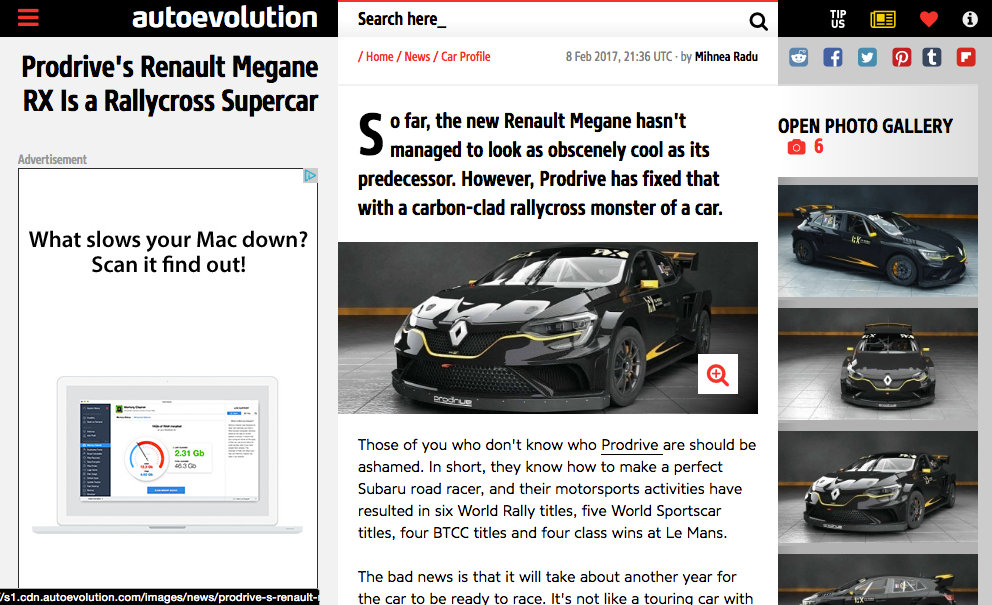 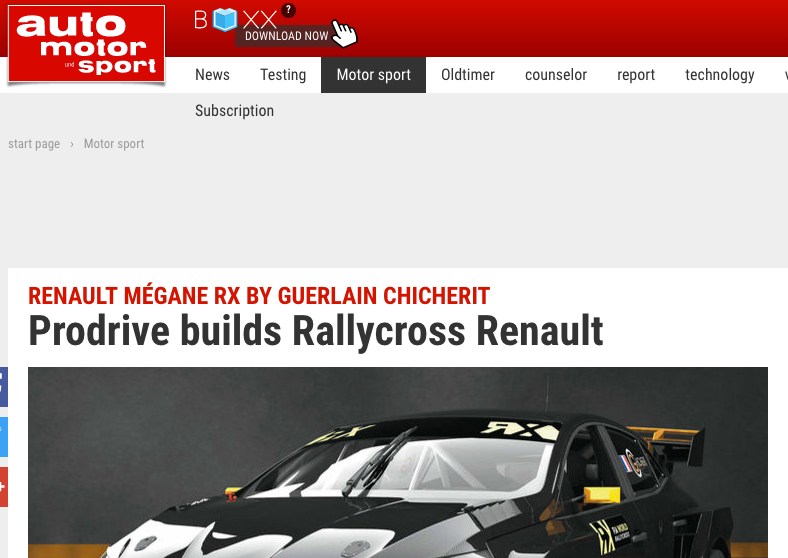 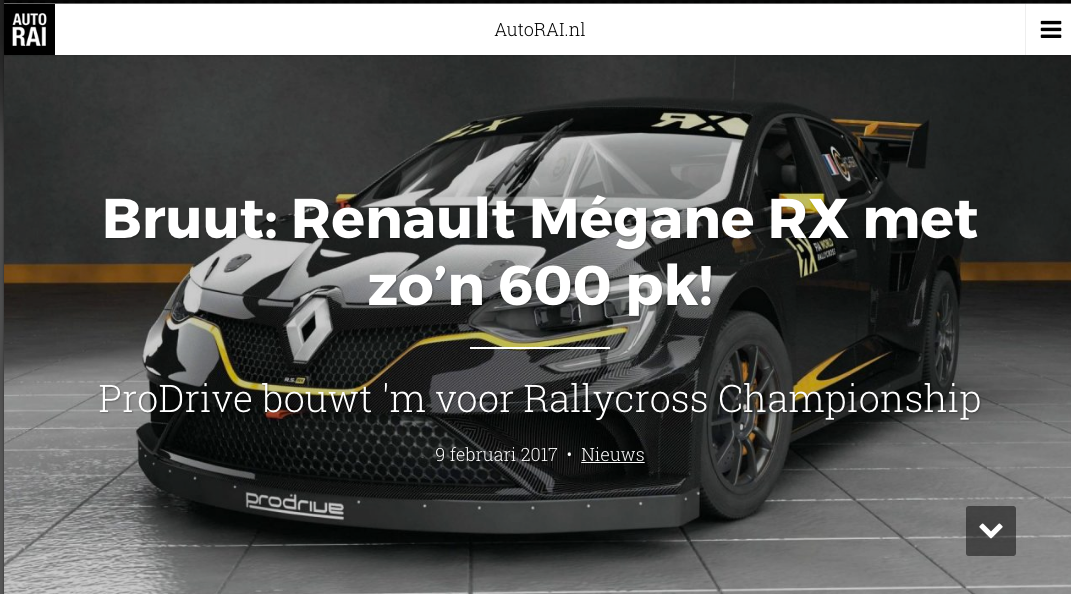 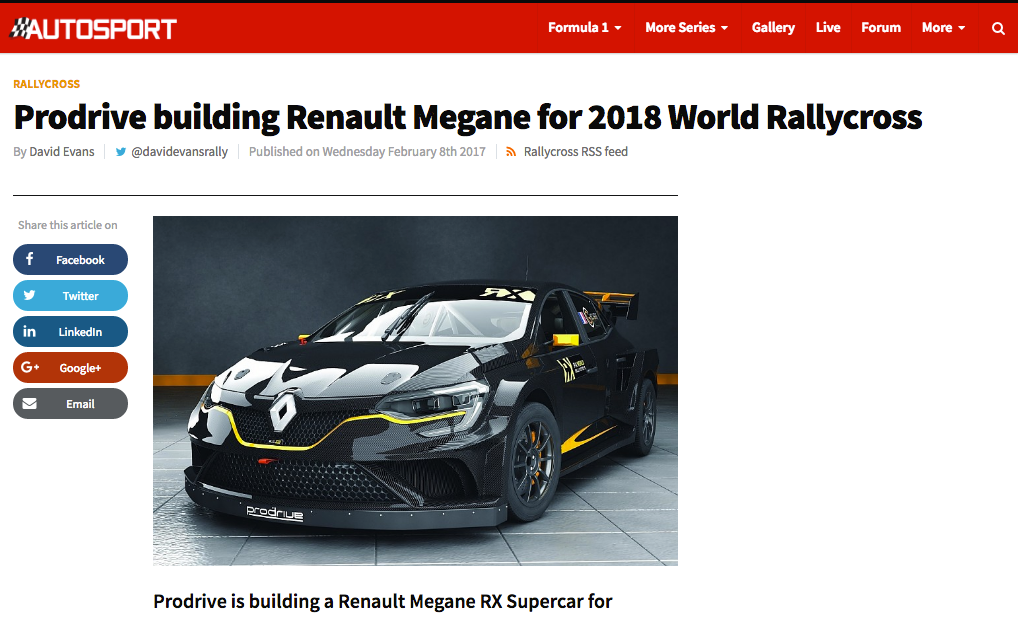 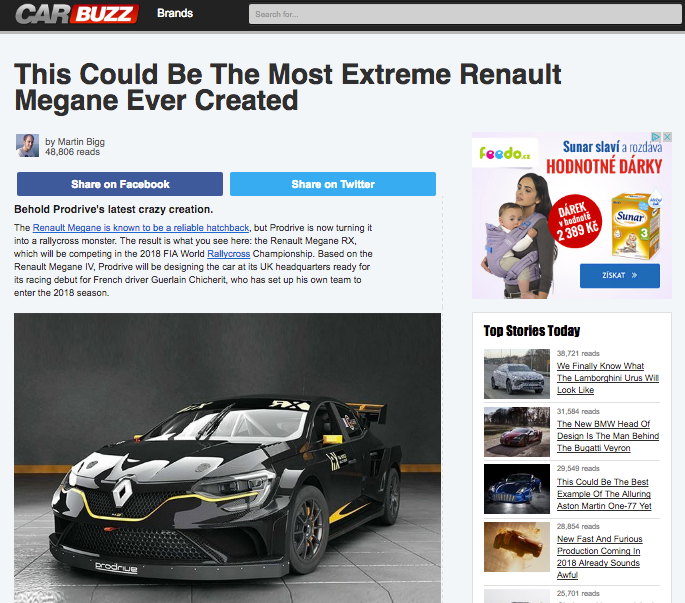 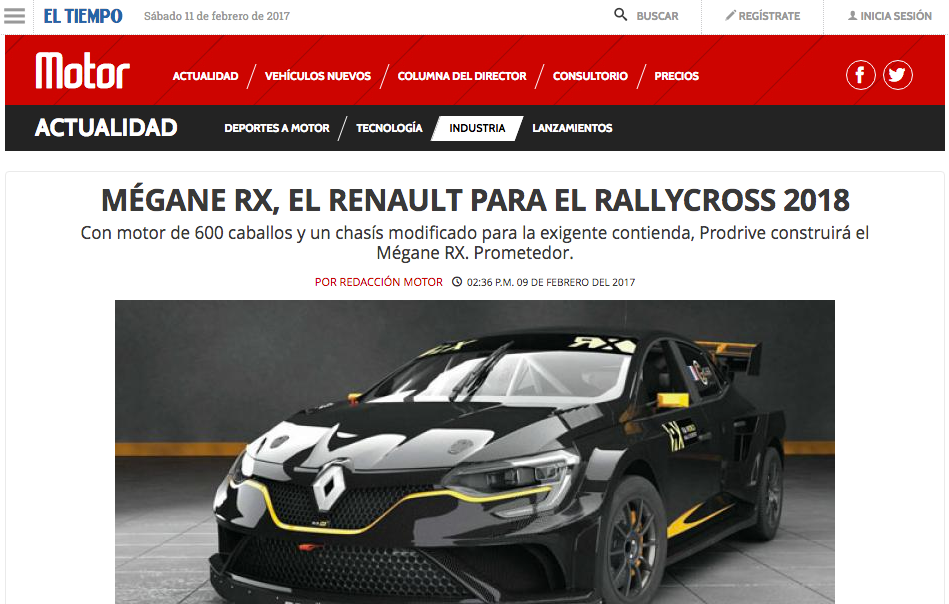 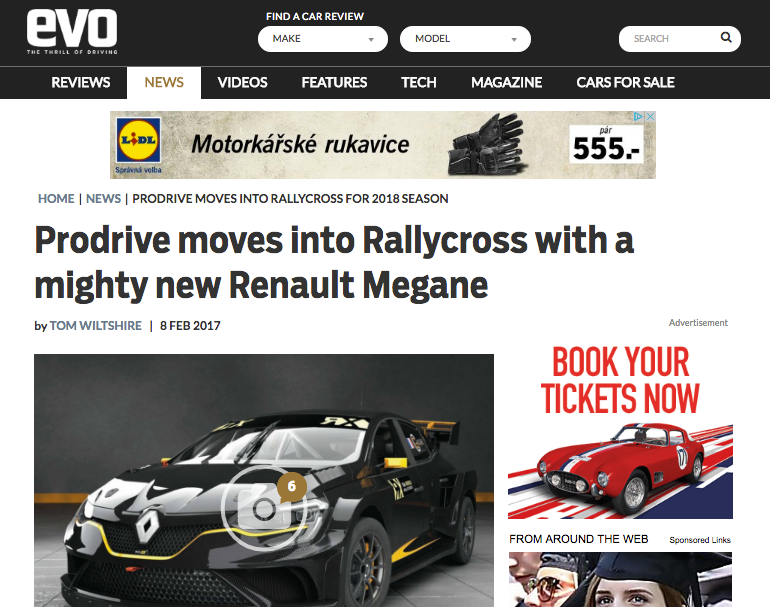 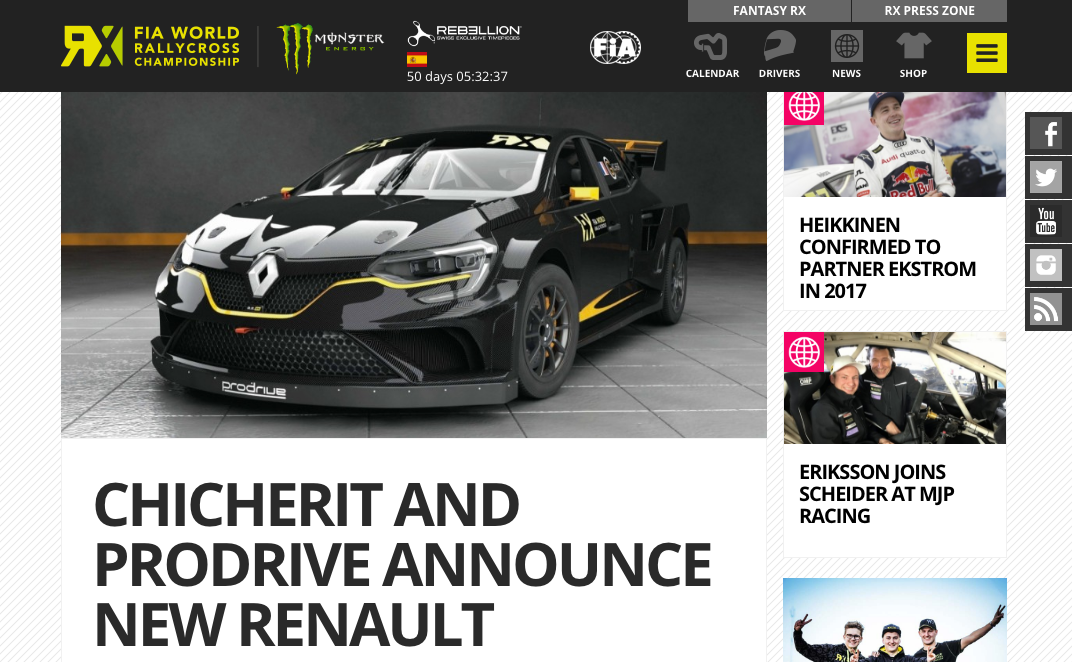 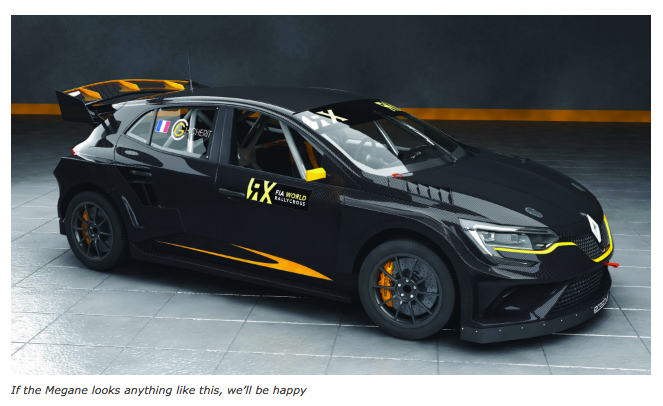 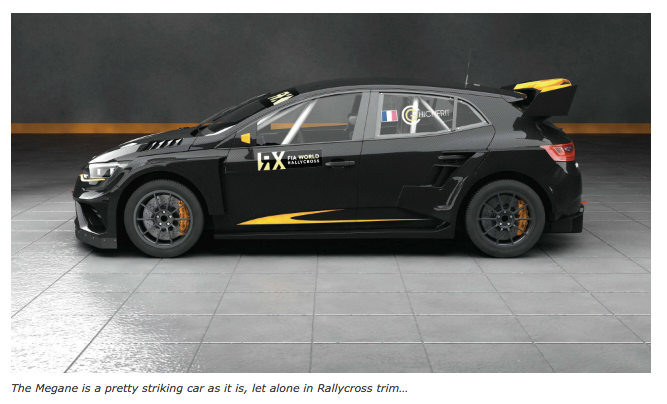 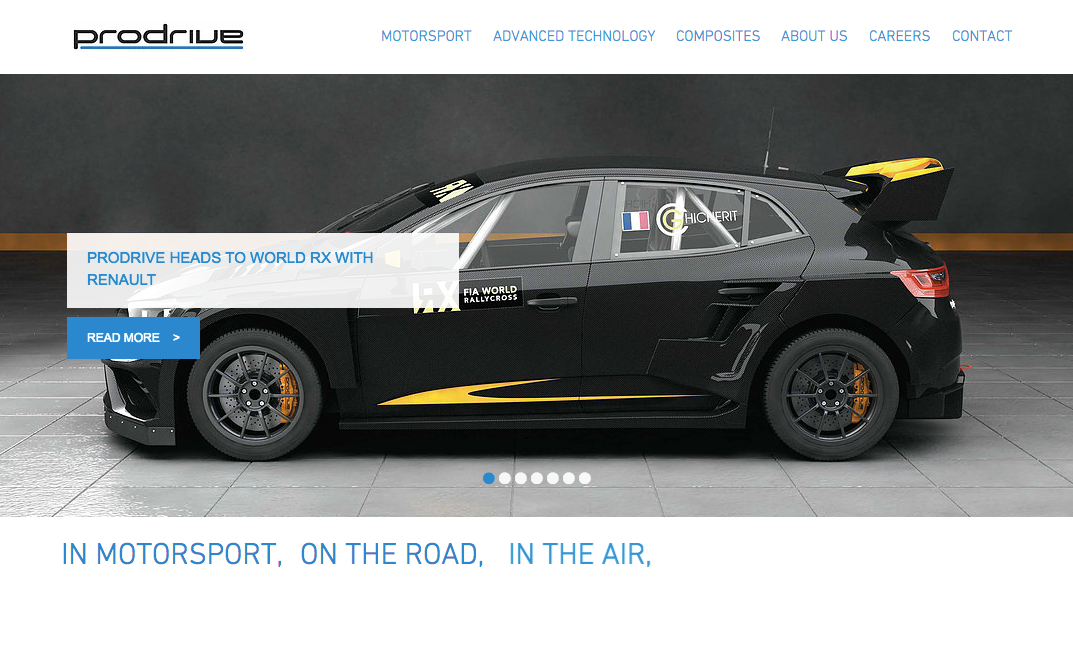 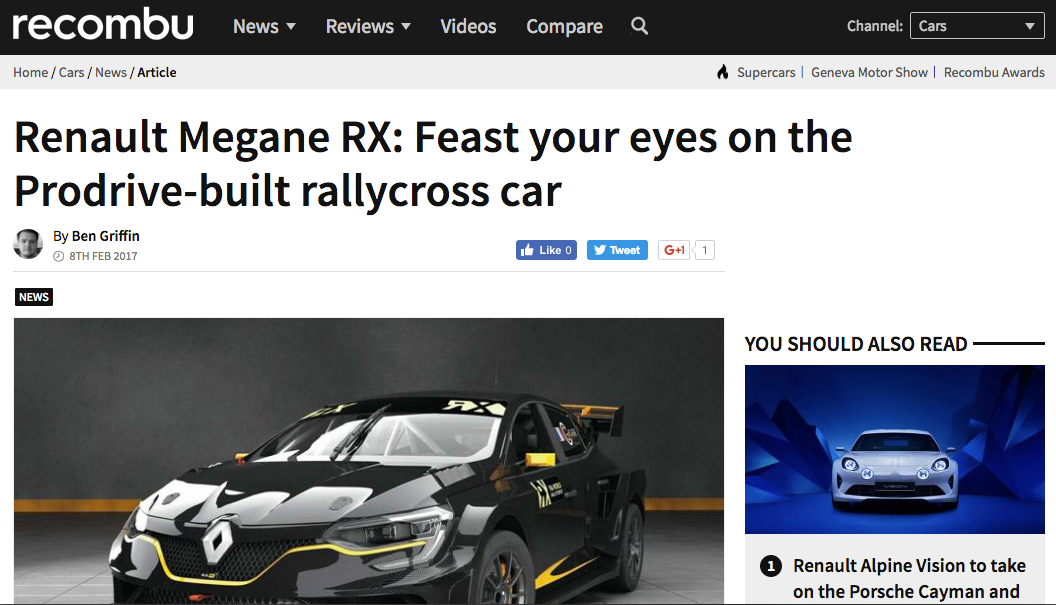 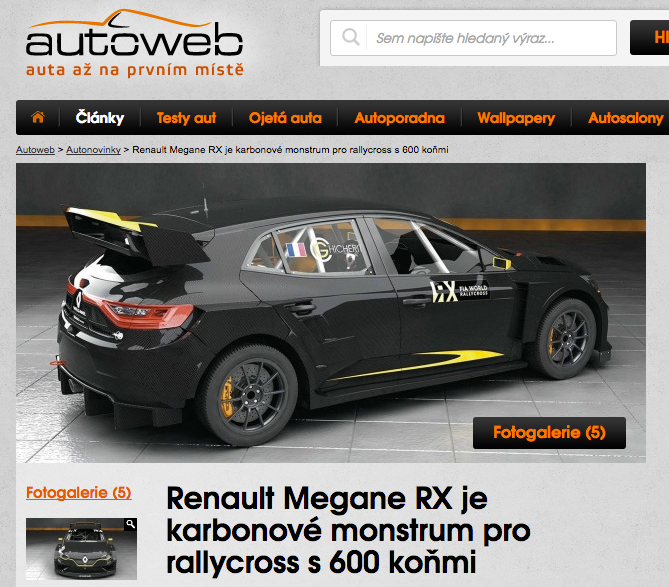 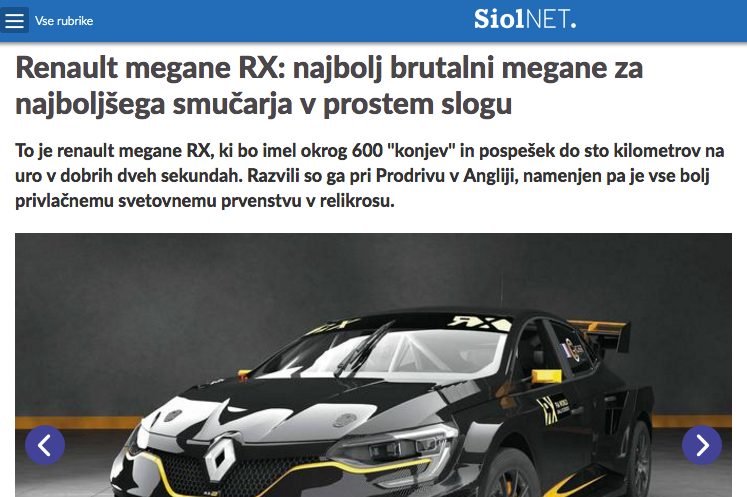 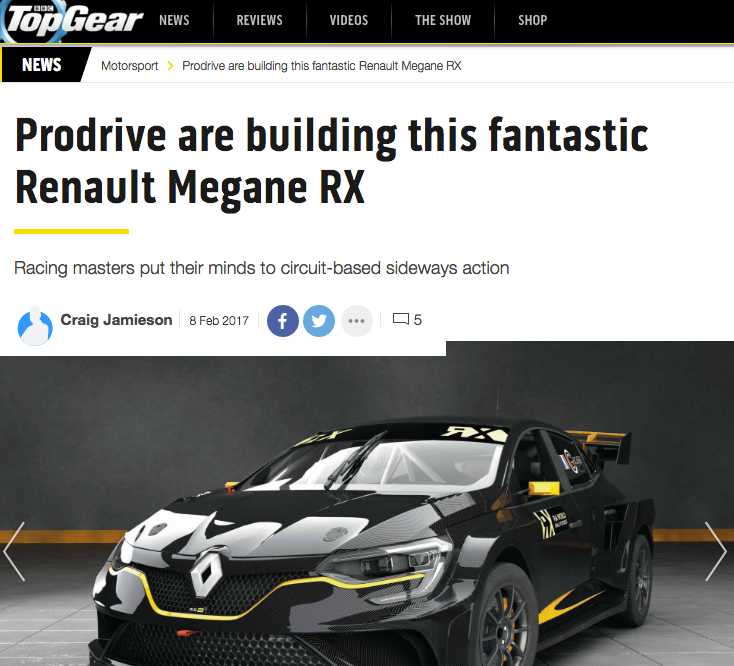 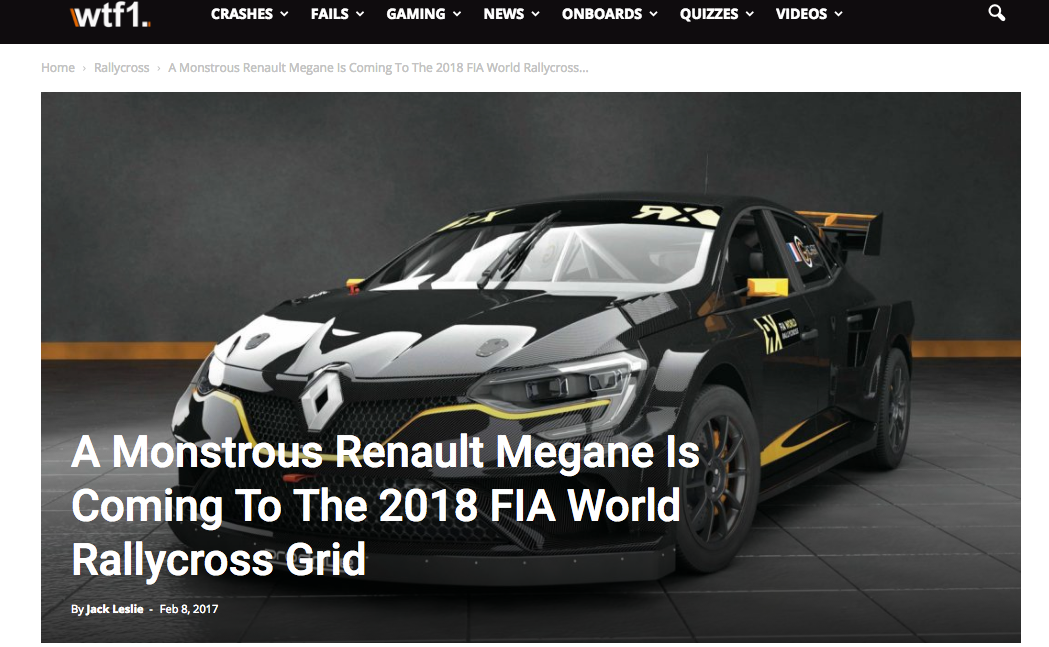 Guerlain Chicherit is a professional sports star who has competed in the World Rallycross Championship, Dakar, French Rally Cup and before motorsport was a professional skier and four times freeride champion. He is also well known for his stunt driving including the first ever non assisted backflip in a Mini and tried to break the world record for longest car ramp jump in Tignes, France.
↑Back to Top